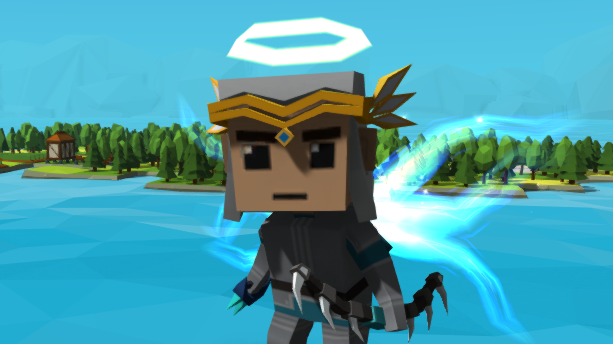 The builder genre. You have probably already setup your expectations around what it should have; building, some economic management, and possible conflict (natural or unnatural). The default thoughts normally end there, the rest starts to become “I remember this one thing I liked that would be cool”, or “I wish it had this too!” Those were the thoughts that we had repeatably towards builders when it came to the idea of lacking a story, and lacking of some central person, a hero, in which really tied you into the game.

We don’t mean for the intent to be like the heroes in Warcraft 3, where they were always the game changers in fights, but we want the heroes to add another level of complexity. Why just one hero? Well, while we want a little added complexity, we don’t want the game to turn into a micro-feast like Starcraft and other games can be. We want to give the idea of control of a singular thing to the Nth degree to make it feel like that is truly yours. The rest is the living town that has their own habits and desires.

Simply put, the hero can do anything that a normal citizen can do, but you have completely control over them, and that they may have certain specialties in which only a hero can elevate themselves too. 🙂

To mention the story a little, it will not be the primary focus of the game. What I mean by that is we will not be writing a novel about the world. We will lay everything out as simply as we can, giving challenges and direction to the players’ questions of “but why do this.” The first half of the story will be targeted in teaching the user the details of the game, while not making it feel completely like a video tutorial. As the story progresses, it will unlock new features, and let the user learn that much more. The ending of the story’s features will be completely available in the sandbox mode. So if a player enjoys the sandbox first, then they can think of the story as little challenges with restrictions as to not do something to the effect of “creating a nuke during the medieval era and ruling the world” ;).

Overall, we hope to give our builder these core pillars (a story and a hero), in hopes that it may be considered standard in the indie gaming world!